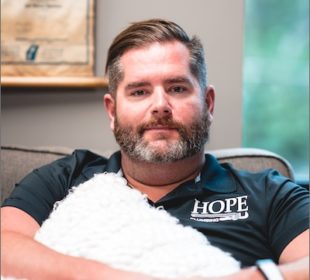 JACK HOPE IS THE CO-FOUNDER AND CO-OWNER OF HOPE PLUMBING WITH A SIDE OF PHILOSOPHY AS AN ADJUNCT PHILOSOPHY PROFESSOR AT BUTLER UNIVERSITY. HE IS THE PROUD HUSBAND OF KYLEE AND PROUD FATHER OF PAXTON. WHEN HE’S NOT BUSY SOLVING
Related Posts
Technician Tuesday: Meet John

Meet our Plumbing Technician, John John has been plumbing for over 5 years. He loves…

Source: www.wthr.com Last week, Jack was featured in a WTHR news story about how companies…